At DC Hand - The Hand and Upper Extremity Institute of Greater Washington, Dr. Raizman and his board-certified orthopaedic colleagues provide the most comprehensive hand, wrist,shoulder and elbow  treatment in the Washington, DC area. They have many years of experience providing leading-edge treatments and performing advanced procedures, including complex trauma care and the latest minimally-invasive procedures. Take some time to learn about our highly experienced physicians and give us a call at (202) 835-2222 to schedule an appointment. 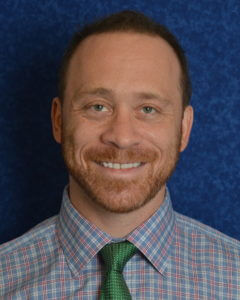 As a triple letterman in high school and an active runner and triathlete, Dr. Raizman also has a significant interest in sports injuries. He has participated in the care of many professional athletes, including active players on the PGA Tour, the Boston Red Sox, Tampa Bay Rays, Cleveland Indians and Cleveland Cavaliers, and has also provided care for the Division 1 collegiate hockey championships, George Washington University athletics, DC high school football games, and the Marine Corps Marathon. Having worked at several Level 1 Trauma Centers, he has an interest in orthopaedic trauma care, particularly of the upper extremity. He performs both open and arthroscopic capsular release for stiff elbows after trauma.

Dr. Raizman has been active in both teaching and research, and was awarded a Howard Hughes Medical Institute fellowship to study at New York University and a Doris Duke Clinical Research Fellowship at Columbia. He has pursued research into molecular genetics at Harvard University and the National Institutes of Health. He has written several scholarly articles and book chapters on hand surgery, shoulder and sports medicine, and has presented research at numerous national and regional meetings. Dr. Raizman is a member of the American Academy of Orthopaedic Surgeons and the American Association for Surgery of the Hand as well as local and regional medical societies.

Dr. Raizman lives in Washington, DC with his wife, Courtney, also a surgeon, and his rescued retriever, Shandy. His favorite hobbies are cooking, running and triathlon competition.

To schedule an appointment with Dr. Raizman, call DC Hand - The Hand and Upper Extremity Institute of Greater Washington at (202) 835-2222.

While at George Washington University Hospital, Shyamala took on a leadership role to manage the outpatient clinic there. Prior to joining the Office of Orthopaedic Medicine & Surgery in 2018, Shyamala was working in a private hand therapy practice in Alexandria, Virginia. Her areas of interest include treating patients who have undergone tendon repairs and experienced traumatic injuries to the elbow and wrist. Shyamala enjoys working with her patients to come up with an individualized treatment plan to help them regain functional use of their hands.

When not at work, Shyamala enjoys volunteering, spending time with her family, and exploring the city.

To schedule an appointment with Shyamala Gopalan, call DC Hand - The Hand and Upper Extremity Institute of Greater Washington at (202) 835-2222. A graduate of Towson University in Maryland, Susan began her career in acute inpatient rehabilitation at MedStar National Rehabilitation Hospital in D.C. in 2001. In 2006, she began work in MedStar NRH’s outpatient program, working with cardiovascular accident (CVA), traumatic brain injury, and cardiac patients. Susan began her clinical focus in orthopaedic hand therapy in 2007, and she completed the advanced certification in hand and upper quarter rehab at Drexel University in 2009. In 2012, she became a certified hand therapist, working exclusively with patients who have hand or upper extremity problems. Susan joined the staff at Orthopaedic Medicine & Surgery in February of 2015. Susan attends numerous conferences and continuing education presentations to stay up-to-date with advancing clinical research. In her spare time, Susan enjoys photography. Her favorite photographic subjects are hands, adapted sports, and people. She also enjoys swimming, travel, and supporting her rugby home team, the New Zealand All Blacks, when she's away from work.

To schedule an appointment with Susan Clark, call DC Hand - The Hand and Upper Extremity Institute of Greater Washington at (202) 835-2222.